Hi all! Sorry for the lack of updates in the past month, I was very busy with my…Wedding!

After a, very short, “Holiday at Home” I’m now in my studio working on two amazing projects.

The first one is the latest movie of Domiziano Cristopharo called “Bloody Sin”. 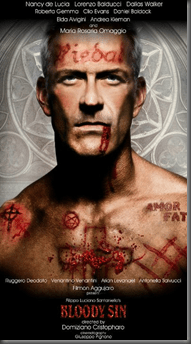 It’s a great horror movie, the birth of “Glam-Horror”; I wrote original music and the arrangements for an italian 70s song called “Questo Amore un po’ Strano” (This Love is a little bit Strange) sung by a great Italian singer Giovanna Nocetti. I wrote and recorded an arrangement that is similar in the style to the original one and another one a lot more “psychedelic”. I had the honour to have the original singer, Giovanna, in the project; it was a real thrill to hear her re-record her “old” Hit. I’m very proud of the results so far and happy to work again (after the movie “The Museum of Wonders”) with such a genius as Domiziano Cristopharo, the director.

Here’s the official trailer of the movie

The second Project I’m working on is a Documentary about Francesco Tamburini, directed by Henry Secchiaroli and Andrea Giomaro. Tamburini was an Italian architect who became a real star in Argentina, he designed the “Casa Rosada” and other famous Buonos Aires’s monuments. In the Documentary appears as guest star the Italian actor Neri Marcorè (in the picture).

The images shot by Henry Secchiaroli and Andrea Giomaro are, as usual, very evocative and this makes it easy for me to write great music. Also, it’s a great opportunity to write music with an Italian feeling, but using rhythms and instruments from the latin-american tradition. 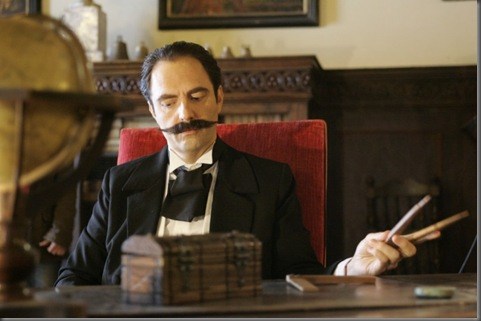