Yesterday was a very special day…

I had the pleasure and the priviledge to meet a true living legend of music: Ennio Morricone.

I was kindly introduced to him by the organizer of the award “Gentile da Fabriano”, an international prize for wich the Maestro was nominated. 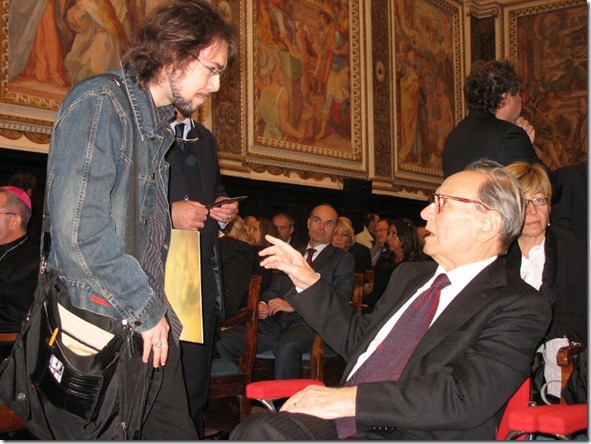 I had the honour to talk to him and the possibility to give him  a record with some music I made for movies and documentaries. It would be awesome to get his feedback about it one day! (he wanted my telephone number by the way…finger crossed).

Besides, he signed a vinyl copy of the soundtrack “The Secret of Sahara”, which is a very special one for me, as it’s the first record I bought when I was 11 years old.

The Maestro was very kind and his acceptance speech was really inspiring and touching.

He focused on how soundtrack music in oftes underrated by official musicology, just because it is music composed for another media, the movies.

But all the music is composed for a committent,  just think about Handel’s Firework Music or other compositions made by Mozart and Beethoven for special events.
Cinema is a complete form of Art that has other Arts in itself, and Music is of massive importance when it comes to feelings and emotions that words and images fail to express.

He concluded the speech with the words: “This is my Job”. 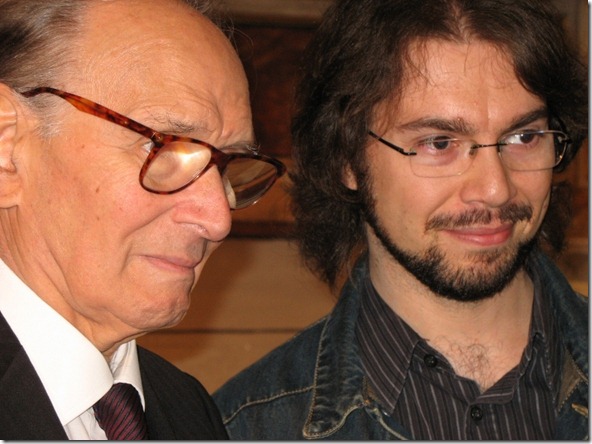