“Brightside” a documentary which gives a voice to the usually silent female British Muslim community. In Brightside the women have a voice and a chance to share their perspectives of the world. To share stories and experiences that transcend their religion and that should encourage people in all communities to reach out to each other and see their similarities, rather than their differences.

The producers are running a crowfunding on Indiegogo http://www.indiegogo.com/Brightside , if you make a donation (all the money will be used for post production and for the promotion of the documentary), you can receive a digital copy of the Soundtrack i wrote for the movie or a limited edition Cd containing the soundtrack. 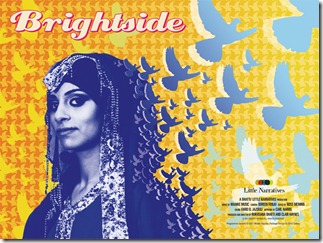 Here are a couple of tracks taken from the soundtrack.