Hi there! Great news, I’ve just been informed about the final nominees of the 2012 “Jerry Goldsmith Awards”.

I’ve received 3 nominations in the following categories: BEST SONG, BEST MUSIC IN DOCUMENTARY (for the THIRD year), and BEST MUSIC IN SHORT MOVIE.

To celebrate this special day, here’s a quick listen to some of the music selected.

BEST SONG: IF ONLY I COULD 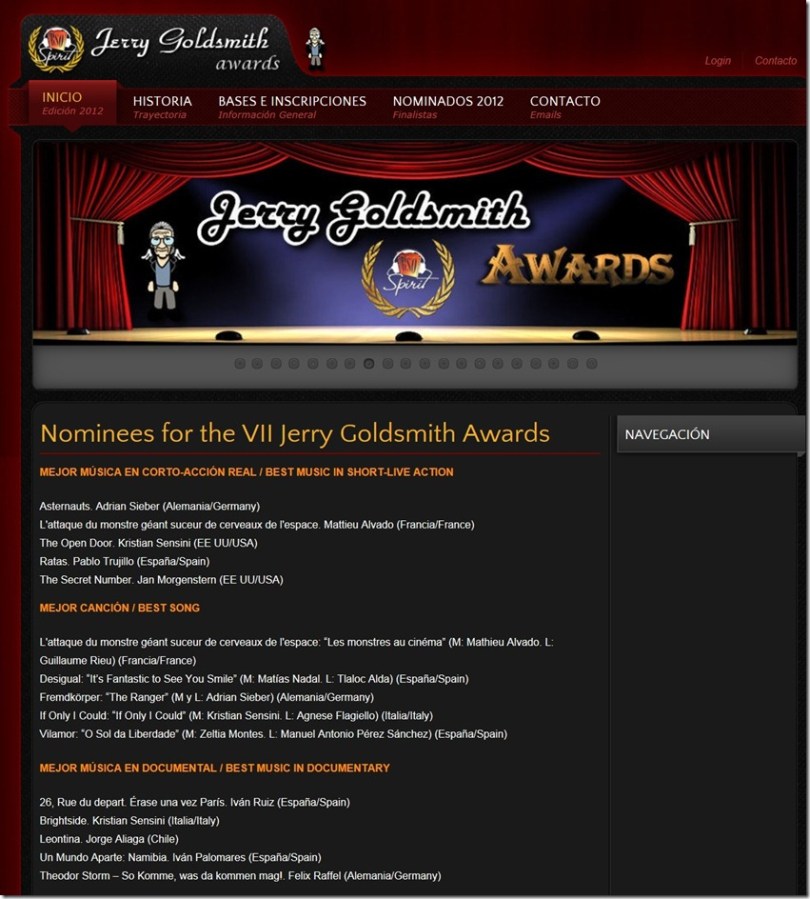 These are the final nominees.

In the past few days I’ve also received some pre-nominees in other categories but, unfortunately, these works didn’t pass the final selection.

They deserve a listen too, poor ones…

I’m really proud to have some of my works nominated, the level of the submissions is really high, and grows higher year after year.

It’s really thrilling being part of  this selected group of gifted musicians. The ceremony will be in Cordoba on the 28th of June.