I’m just back from Rome, where I attended last night the european première of “Django Unchained” by Quentin Tarantino. 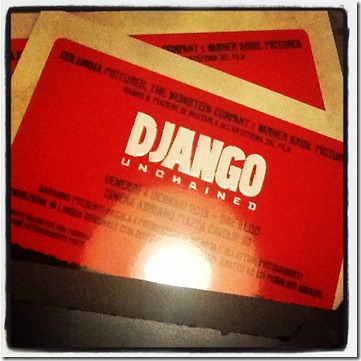 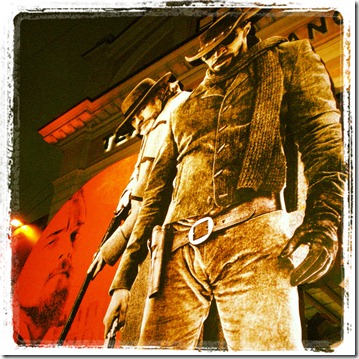 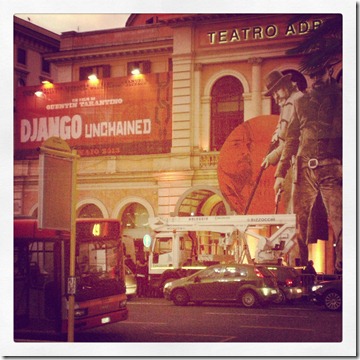 Quentin Tarantino was on the Red Carpet along with members of the cast, Jamie Foxx, Christoph Waltz, Samuel L. Jackson and Kerry Washington (Leonardo di Caprio wasn’t there) 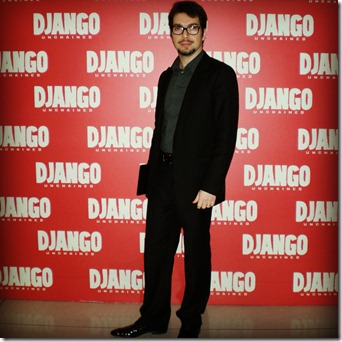 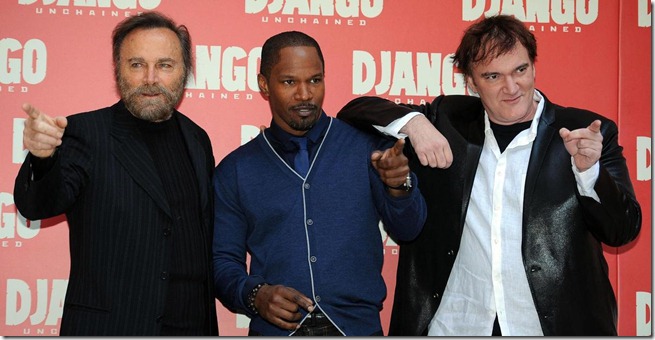 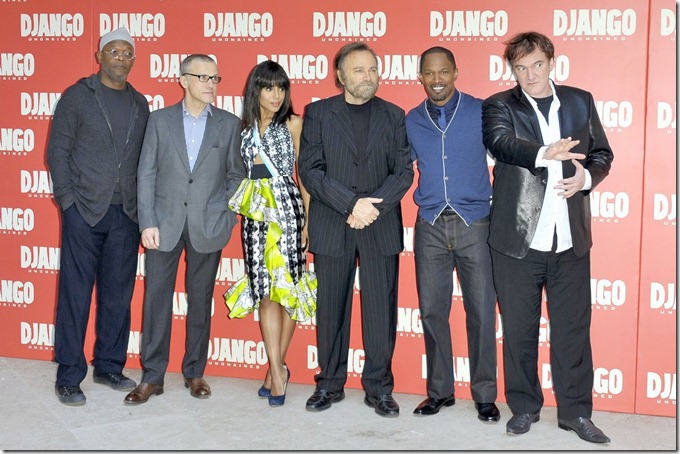 I was  lucky enough to meet Mr. Tarantino and give to him a copy of my latest score “Hyde’s Secret Nightmare”, he’s a great collector of soundtracks (especially the italian ones). 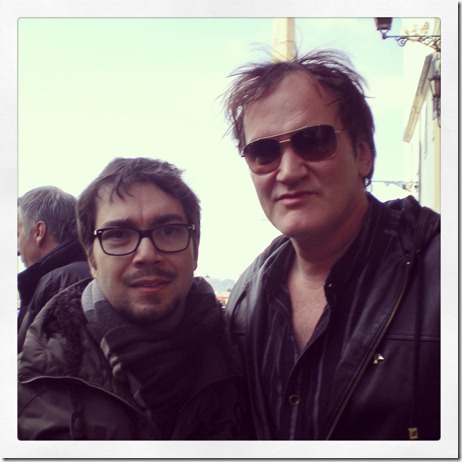 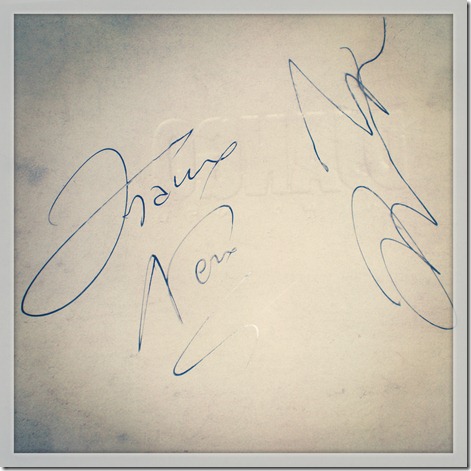 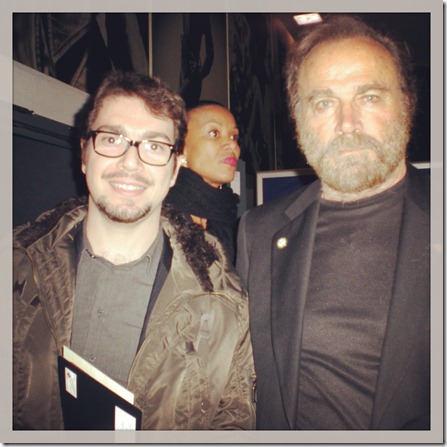 Among the guests at the première, some of the protagonists of the Golden Age of Italian Cinema : Ursula Andress, Enzo G Castellari, Giuliano Gemma, Gloria Guida, Edwige Fenech, Giancarlo Giannini, Sergio Martino.

On the “musical” side, the main guests were Ennio Morricone (who wrote a song for the movie, performed by the Italian singer Elisa), Luis Bacalov and Franco Micalizzi. The soundtrack of the movie is mostly a mix of songs taken from italian “Spaghetti Westerns” from the sixties. 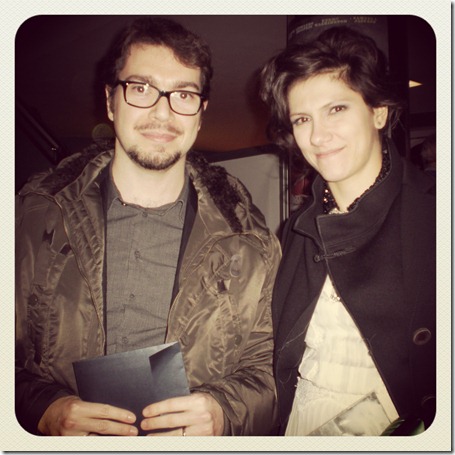 Elisa, performer of the song “Ancora qui” by Ennio Morricone

Before the show Quentin Tarantino received, from the hands of Maestro Morricone, a special lifetime achievement award from the International Rome Film Festival. 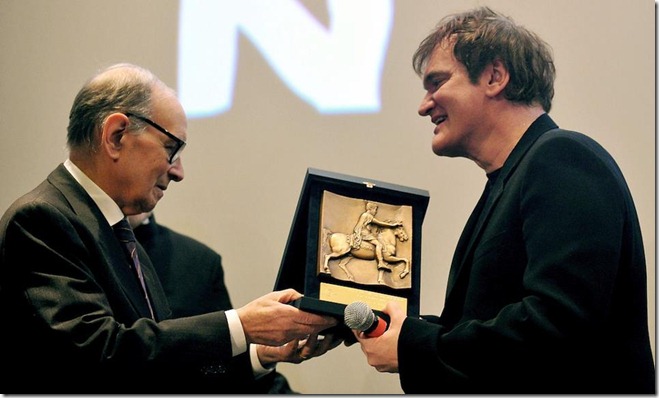