Avalaible on the January 2013 number of

Review by Steven A. Kennedy

Sensini’s effective use of samples gives a fairly accurate representation of an acoustic ensemble. He leans on a short motivic idea that floats through textures in what is often a gothic horror style (“Hyde’s Nightmare”), but also touches on rock, in a mix reminiscent of the work of Goblin.

“Bed of Horrors” delivers electronic textures and other unusual sounds, with electric guitar thrown in for good measure. In some respects, this score comes across like a blend of the old AIP horror genre with Italian giallo films. There’s even a little techno in “Elektro Dark,” and female vocalise in “Love You Madly.”

The final two tracks are “bonuses” from the film P.O.E. Poetry of Eerie. Fans of similar fare may enjoy Sensini’s work here. —Steven A. Kennedy 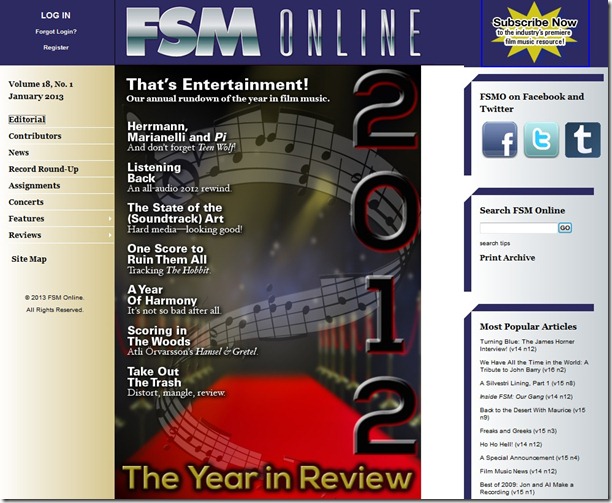