Sorry for the recent lack of updates on the website, I’m stuck in my recording studio working on an amazing animation project.

I’m writing the soundtrack for the animation movie “ROCKS IN MY POCKETS”, written and directed by the talented Signe Baumane.

She’s a great storyteller, a really original visual artist, not to talk she’s a member of the  Academy of Motion Pictures and Sciences and winner of a lot of movie awards in international festivals.

So…i’m amazed to work with her and his team, it’s really a great artistic experience (Signe’s website is http://www.signebaumane.com/). 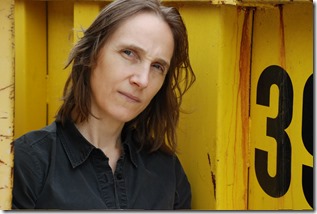 She wrote: “ The good news – we found another composer, Kristian Sensini. In less than a week he composed over 15 minutes of music that fits well with the film’s images and supports the intense voiceover. As a film score composer he possesses a special kind of sensitivity that we’d like to call Sensinity. “ The project is really interesting (and difficult) to score, that’s because it’s an animation movie, not for kids, and the music i’m writing must be supporting to the voiceover of the narrator, without distracting the listeners. Is definitely a stimulating challenge.

This is the third time i work with a female director (the other two projects was “Butterfly Rising” by Tanya Wright” and “Brightside” by Clair Haynes), i can only confirm that working with such talented women is a pleasure!

There’s a blog too where you can follow the production process of the movie http://rocksinmypocketsthemovie.wordpress.com/ if you’re a filmaker … well you must absolutely read it.

I’m a bit in hurry these days, working like a fool to delivery in 4 weeks the music for this 90 minutes animation film.

I hope in the near future to post here some music samples from what I’m writing (and recording) right now.

THE STORY
“Rocks In My Pockets” is a story of mystery and redemption. The film is based on true events involving the women of my family (including myself) and their surrender to madness, with names changed to protect innocent bystanders. The film is packed with visual metaphors, surreal images and my twisted sense of humour. If you love animation, art, women, strange daring stories, Latvian accents, history, nature and adventure, this is a film for you!

A word by the director: “I am making this film because I find the fragility of our minds fascinating. Life is strange, unpredictable and I see the humour in it all. Yes, I almost broke down, but I came back to tell my story. I hope you’ll laugh with me.” 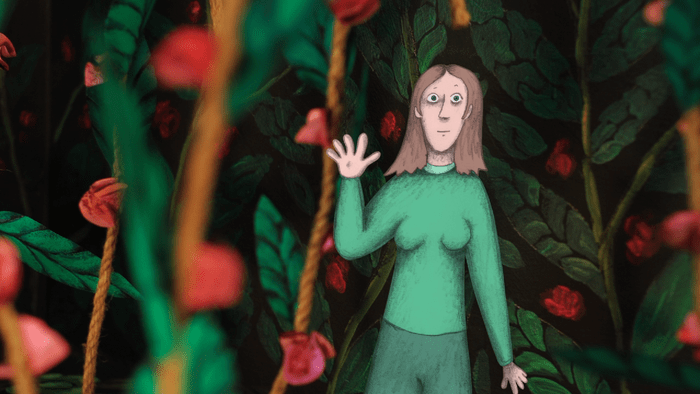 THE ART OF IT
Each of the 129,600 frames in “Rocks In My Pockets” has been handcrafted. First I made paper mache sets – rooms, forests, city streets. Then we lit and shot them with a digital camera either as still pictures or as stop motion sequences creating a 3D effect. Then on paper, I hand animated the 2D characters walking, talking and interacting with the stop motion sets. After the animation was done, each drawing was scanned and coloured in Photoshop. Then the sequence was imported into After Effects for compositing and output. The final edit is being done in Final Cut Pro. “Rocks In My Pockets” is 90 minutes long, it has 20 episodes comprised of 669 scenes. There are 28 stop motion paper mache sets and approximately 23,000 drawings. 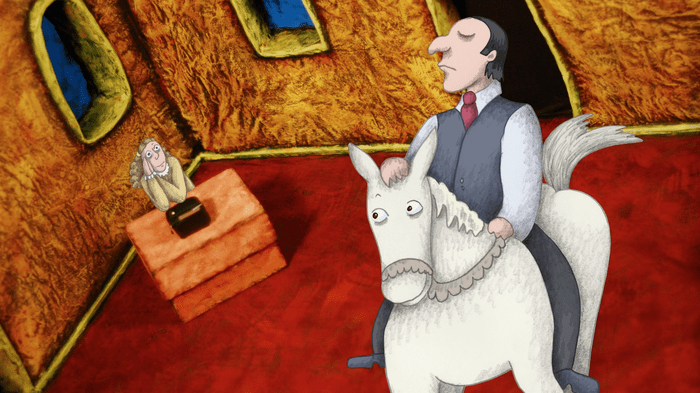 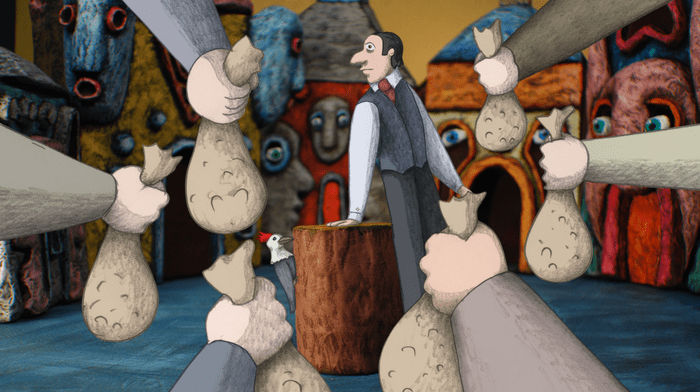 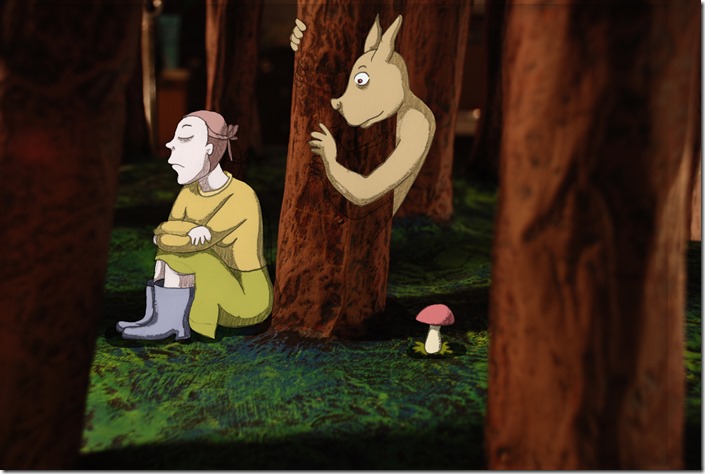 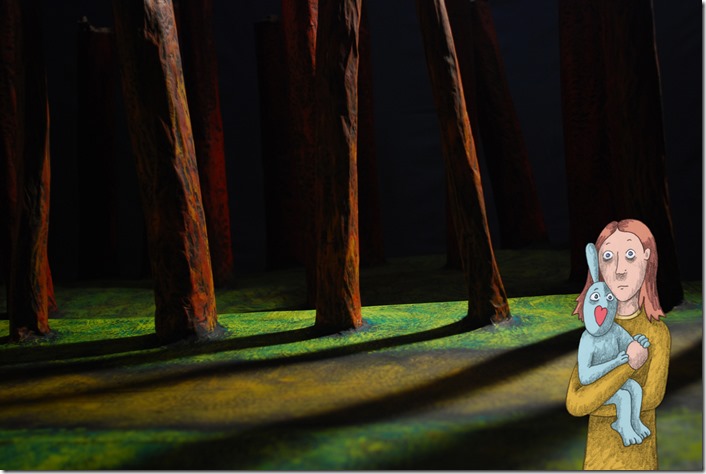