It’s my great pleasure and excitement to announce you that you truly received 2 nominations at Jerry Goldsmith Awards.

The first is in the Category BEST SONG, for the ending titles of the short movie “My Chiamo Giulia ed ho Paura” directed by Henry Secchiaroli.

Here you can listen to both the song and the instrumental version. The song is performed by Laura Bruno and the lyrics are by Agnese Flagiello.

The winner for both categories will be announced at the end of June at Cordòba International Film Music Festival.

I want to share with you this track too, i’ve composed it hoping for a nominèe in FREE CREATION category. The track is inspired by the book “Il 18° Vampiro” written by Claudio Vergnani. 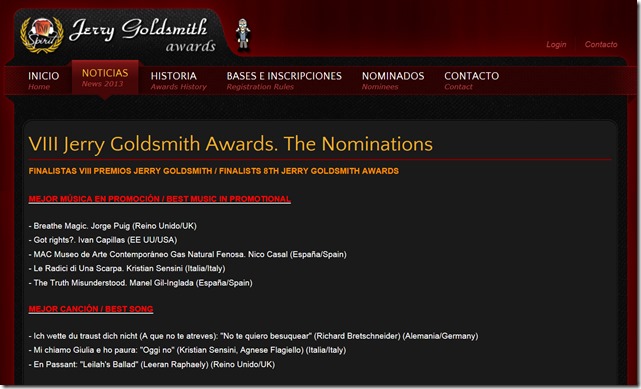