“My Love Affair With Marriage” is the title of the new animated feature film that I’m working on, directed by Signe Baumane.

Our past work (“Rocks in My Pockets”) brought us close to an Oscar nomination (Academy Awards)… we will try again with this exciting new film.
Part of the cast is Matthew Modine an actor that we all know from his participation in the television series “Stranger Things”, but above all for his starring role in Kubrick’s “Full Metal Jacket”.

Here’s the news from Variety
https://www.kickstarter.com/projects/1055277857/my-love-affair-with-marriage 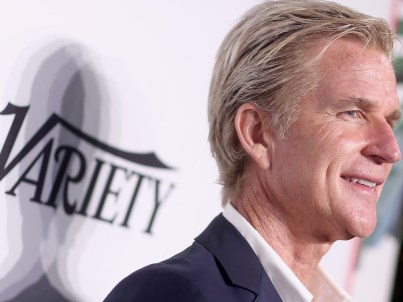 I write because this project needs the help of you and your friends.
The director started a fundraiser on Kickstarter – this independent animated feature cannot rely on the budgets that Disney, Pixar and Dreamworks have.
This project is being made by having independent film fans fund the film, “pre-buying” the movie, which will ensure its production.
Just to explain how the animation business works for feature films, to put a professional actor under contract to dub any character, no matter the budget of the film (independent or a blockbuster), the costs are the same. Consequently an independent producer must pay the same actor rates as the giants such as Disney.
For this I ask you please to click on this link:

Please make a small donation, pre-purchasing the film perhaps, or a larger one for some great rewards.
Otherwise spread the word by sharing the link on Facebook, Twitter or email – just getting the word out is critical.

Thanks in advance for helping this little (big!) Project. Independent art needs the support of those who benefit from it – us.
In these complicated times, supporting art and culture (in all its forms) is the most revolutionary act that we can do.
Below is a synopsis of the film in the words of the Director:
“My Love Affair With Marriage” is based on my personal experiences – I have been married two times and could never understand why those marriages didn’t last longer than they did. To unravel this mystery, I set out to research the neuroscience and mythology of love.
I decided to weave my many discoveries into the single story of Zelma, a fiery young woman with a wild imagination, who believes that love will make her a complete human being with four arms, four legs and two heads. Zelma keeps falling in love, but something always goes wrong. She journeys through many marriages, some real, some imaginary, while confronting pressures from society and her own biology. Although the marriages fail to make her complete, they, like baptism by fire, transform her.
This story is driven by 26 speaking and four singing characters. The singers are the chimerical, shapeshifting Mythology Sirens, who, with their seductive songs, lure Zelma into fantasies of everlasting love and never-ending happiness.
One of the best film composers I know is Kristian Sensini of Italy, who scored “Rocks In My Pockets”. Kristian has agreed to join us and write the songs for “My Love Affair With Marriage”, as well as score the film. It is a great honor to work with Kristian again! He is an excellent collaborator who always goes the extra mile!”
Kristian